LANA DEL REY – VIDEO GAMES (CLUB CLIQUE FOR THE BAD GIRLS REMIX) – Our good friends from Manchester, Club Clique have sent us one of their exclusives remixes for the beautiful and sultry (pop-icon-in-the-making) Lana Del Rey.

I have to say, every single remix Club Clique has ever worked on ( Sleigh Bells, Penguin Prison, The Kill Van Kulls, etc) has been outstanding—and this Bad Girls Remix is no exception.

“We knew instantly that it needed to be stripped down and rebuilt for the Club Clique dancefloor, with fingerclicks, disco strings and glittering pop magic.

(As far we can tell this is the first ‘proper’ remix of Lana Del Ray to come out, as in an actual reworking, not just sounds layered on top of the original track.)”

Which I’ll post as as soon as it becomes available.

IAMX – BERNADETTE – Check out this new track called “Bernadette” by UK\Berlin based artist Chris Corner, aka IAMX (formerly of the Sneaker Pimps).

The video for “Bernadette” uses a left, right, left, right effect that I’ve never seen before, and it might be a bit harsh on the eyes form some—

The video plays like a dark, theatrical piece taking place inside a Snow Globe (You’ll know what I mean).

The song and video are simply stunning.

“Bernadette” is also available digitally through http://www.iamx.eu/bernadette.html and includes a German version of the track.

Check out this smashing, disco-inspired, dancefloor ready remix of Foster The People‘s Helena Beat! by Aussie musician KREAP! So good! Stuck on repeat! 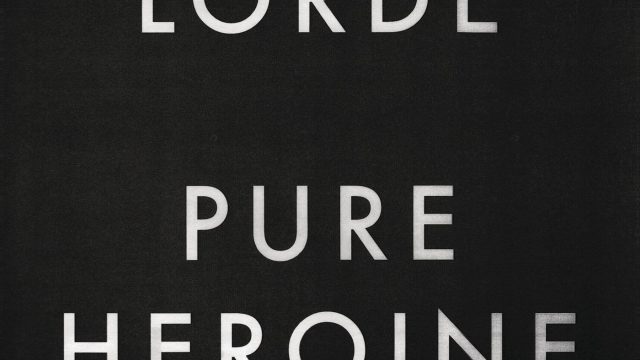 VH1 has premiered the 16 year old’s debut album “Pure Heroine” in it’s entirety one week ahead of it’s release!

She tells VH1: ”I just feel that it’s kind of a more mature album.

She also confessed that musically she thinks Pure Heroine is beyond The Love Club because she and her producer “learned how to make beats…like [we] just got way better at it.”

Stream Pure Heroine below and “Let’s go down to the tennis court, and talk it up like yeah (yeah)” 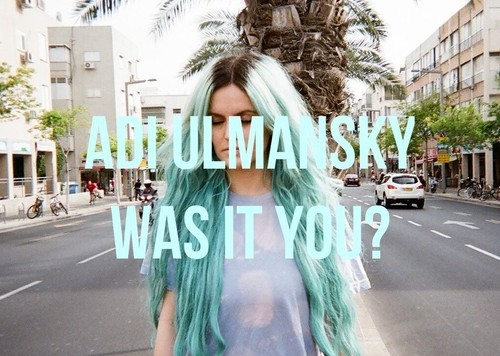 ADI ULMANSKY FEAT. BORGORE – WAS IT YOU? [OFFICIAL VIDEO] – Producer\Singer-songwriter\rapper and all around baddest chic, Adi Ulmansky teams up with rapper Borgore for the trip-hop, R&B-tinged tune, “Was It You?” her latest single and video taken from the killer, Hurricane Girl EP.

In the video, a visually mesmerizing treat directed by Gal Muggia, we see Ulmansky in stunning blue-hair, analyzing the numbing phases of her relationship; “Just where you left me, Wait, was it I that left you?

Oh god, my head is melting, It’s a hazy view” she soulfully sings as the world around her fractures into (perfectly squared) pieces.

The standout track is the only vulnerable moment from the energetic Hurricane Girl so we’re glad it received the video treatment.

Although, we sort of knew it was coming.

Adi revealed to us that it’s her favorite track from the EP in our interview with her last year (here).

The new EP is full of down-tempo jams, infused with sleazy, danceable-pop beats that I’m almost certain will awaken that inner punk-glam-slut that lives within you.

BENT is full of 80s and early 90s music references.

It’ very clear from the beginning that Critcheloe is a fan of those glorious pop years.

There is some Dee-Lite grooves in the excellent “Blonde With U,” a little Madonna in the catchy “Li$ten 2 the Grrrls,” and that glittery Stevie Nicks’ sound in the sexy, “Psy-Chic.”

Oh, one great last thing about the record is that it’s totally FREE! So get it NOW HERE!!

Make sure to visit SSION‘s site HERE (and scroll down) to preview all the tracks and see some amazing, uber cool art work dedicated to each track! 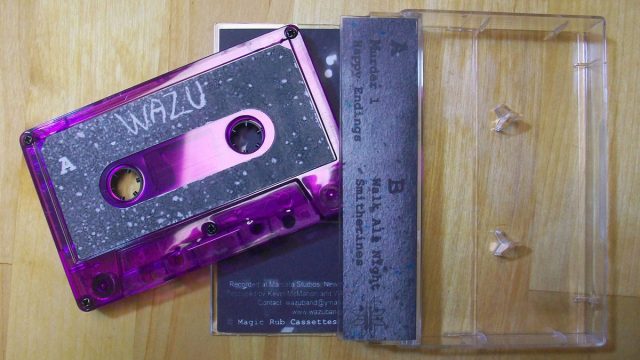 The truck shines with the sparkle and brilliance of 70’s glam rock, popping out in your head like a candy.

WAZU resonates with the same sexy and trancey sounds as acting like Bowie’s Jiggy Stardust, Marc Bolan and Roxy Music.

They intertwin the former with the atmosphere of a new era of bands like “Ladytron” and “Metric”.

1.WAZU is Matt and Rizz – an Australian / American Darkwave industrial pop duo based in New York, NY. (Recently, their name was changed to VOWS).

WAZU is a duo of Matt and Rizz – Australia / USA Industrial Pop / Dark Wave, based in New York via Sydney.

Matt and Liz met as freshmen at the University of New England in Armidale, New South Wales, Australia.

At the year-end party of their class, they voluntarily decided to form a metal band, Open the Gates.

Matt plays the drums and Liz leads. Matt soon realized that Liz was a missing element in his band, the captain, and after joining the band, they became each other’s secret weapons.

After playing the captain for two years, doing two recordings, several side projects, and a North American tour, Matt and Liz officially became a duo, deciding to further explore the naturally occurring chemistry between them. did.

In their first week as WAZU, they performed a 6-night, 7-time show at the Top 10 “Best of the Fest” Festival in Toronto Indie Week 2010 on request.

Shortly thereafter, they performed as part of the Lower CMJ Festival. East Side.

The classic The Living Room, the Neon Reverb Music Festival in Las Vegas, and a dropout party at Don Hill’s in New York City.

Since then, he has performed regularly in the United States, including the 21-day Summer East Tour in August 2012.

In 2011 WAZU released a series of self-made singles.

Three of them were re-recorded, remixed and remastered with legendary producer Kevin McMahon (Titus Andronicus, Real Estate, Swans, The Walkmen) and released as WAZUEP on January 10th. 2012.

EP has also reached the play of large college and alternative commercial radio.

With a follow-up release and full-length debut, WAZU made a 40-minute debut with friends Kevin McMahon and Rick Parker (Black Rebel Motorcycle Club, The Hangmen).

It will be released on Halloween 2012 via Anti-language records under the title “Robobo”.

“These three songs are pulsating with some kind of dark visceral energy.

They’re all energetic rehearsals in the dark, close to Gothic, Pop and Electro.

The latter is important. It’s a difference. It’s not inappropriate to choose from “Waz must do”.
-Pop problem

The new single marks her return to contemporary-pop; and what a great, surprising return!

‘Trouble’s Lament’ tells the story of a woman cast out into the world in search of new place to call home.

She fell out with Satan, now she’s on the run” Tori sings.

The track has a groovy, sinister arrangement with a southern vibe that in writing might not sound like a Tori Amos’ concoction (and it’s not);

but as soon as you hear Tori’s signature piano keys, and her graceful, honey-coated vocals easily gliding along the verses, you’ll immediately realize that ‘Trouble’s Lament‘ is an undeniable Tori Amos song. We ABSOLUTELY love it!

Some words from Tori about the single:

“Having been born in North Carolina, the South walks with me wherever I am in the world, I can’t get it out of my DNA.

I don’t know if it’s a genetic thing, because my mother’s side, so far back, is from the Eastern Cherokee nation.

So it’s really in the blood. It’s almost like you listen to the land speaking to you.

And wherever I am I can hear the South calling me.

I really like the idea that trouble was a young woman….I see her on my travels a lot.

And maybe I knew her many years ago when I was in my twenties.”

Unrepentant Geraldines arrives on May 13th.

Tori is back!! Check it out!

The tune is a blissful summer jam that mixes the incomparable vocals of the late diva with a groovy, 90′s House throwback beat. Check it!